Any person reading this text (Receiving Party) shall not disclose and / or copy the information herein published without the express consent from the Issuing Party, except to directors, managers and employees of the Receiving Party who must participate in the analysis of the Investment Opportunity. The Receiving Party shall be responsible for the use of the information by said persons, and for said persons to know the applicable confidentiality obligations. While the information provided is considered accurate and reliable no statements, express or implied, about its accuracy and completeness are made. No information contained in this presentation is or should be considered as a promise or representation about them future. This presentation is not intended as the basis for any investment decision and should not be considered a recommendation. Each person concerned or who receive this presentation should draw their own conclusion from the data presented. Acceptance of this document implies consent to and knowledge of the above conditions. 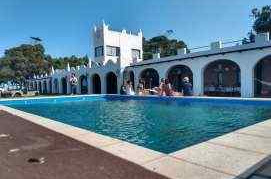 The land is located on the island and Nature Reserve on the east coast of Patagonia; "Isla del Jabalí", which is full of wildlife and 1000 meters from the wide sandy beaches of the village "Bahia San Blas". This small but growing village has a PHARMACY, a FIRST AID STATION and several stores to buy food. It is well known for its sport fishing activities.

It is a property of almost 300 has that has excellent pastures for live cattle in a rural hunting area for wild animals, among them, hares and rheas. The land has a herd of seven horses, both domesticated and wild.

Property for sale (house, shed and meat processing company), surrounded by shifting dunes near the fishing village Bahia San Blas, a unique location on the unspoiled coast of the province of Buenos Aires. The total built area is 1,383 m² (920 + 60 + 240 + 163). It has a 920 m² house (8+ bedrooms, 5 bathrooms) and automated night lighting in all the buildings of the establishment. Traditional colonial style fixtures.
It is an extraordinary country house, colonial style, with an amazing 80+ meter long extended veranda, facing the endless meadows and the coastline with dunes on the horizon. The ranch originally functioned as a breeding station for polo horses due to its excellent pastures and abundant water. The house was a long row of stables with a tower in the centre to watch the crosses.
Some old stable doors are still intact and integrated into the current architecture. Adjacent to the Dining Room, there is access to a wine cellar with a wine cabinet made of wood, is customized, along with a wine refrigerator. Attached is a large kitchen equipped to gastronomic level with stainless steel oven and sink to cook for at least 20 guests, a professional refrigerator with freezer, bar for dinners, connected to a grill area with 2 fireplaces and a laundry room, as well as a pantry. It has a grill. The house is equipped with 4 internal fireplaces/grills (one in the living room, one in the entrance to the side, the wine cellar and two attached to the kitchen). The central dining room faces both north and south, has 64 m² and windows on both sides. In its centre is a salamander style wood stove.
There are French doors leading to the back terrace and air conditioning (hot/cold) in the living room. Beyond that, there is also a large fireplace and an internal veranda facing the north side of the garden. Next to the living room is a studio with a bedroom, as well as 2 bedrooms for two people, each with bathrooms that include a bathtub. The bedrooms and the hallway have floating wooden floors. Stairs lead up to the tower. The house is equipped with a total of 4 fireplaces and an extra wood stove in the dining room. Furthermore, electricity and Wi-Fi internet connections are provided, as well as telephone range in the entire ranch.
The additional spacious guest apartment (48 m²) has a master bedroom, built-in closets, and an en-suite bathroom. It is also equipped with air conditioning (hot/cold) and an antenna connection for receiving international TV channels. At the top of the stairs, in the tower, there is another separate living space, consisting of a corridor and a small bathroom with a shower on the second floor and a loft bedroom with large windows on the second floor with 360 degree view of the land with an iron staircase that goes up to the roof.
Two large rooms (garage and storage space) are located in the right wing of the house, which has a garage with large wooden doors (64 m² and 80 m²). It is only used for storage, but the large space is perfect for the creation of at least 6 more bedrooms with bathrooms, if necessary. On the other side of the house, the left wing functions as a staff house with dining room, kitchen, bathroom and three bedrooms. The house has a total of 8 bedrooms and 5 bathrooms, with great possibilities for expansion of the same, as mentioned above.

Huge, square shaped, with wire fence and short grass. (2,25 has 150x 150 m) Near the house there is an outdoor swimming pool that is heated by the sun with a large terrace surrounded by plants on its borders. On the other side of the house you can find another terrace facing the backyard which has a row of old eucalyptus trees.

It has an outdoor swimming pool of 60 m² (10x6 m) with athermic borders of cement material adjacent to a solarium terrace. It also has solar energy heating equipment.

The 224 m² (16 x 14 m) shed and the attached 16 m² (4x4 m) office are located in the backyard. Tools, workbenches, power points and access ramps for car and truck repair are available, as well as a mezzanine for additional storage. There are two three-phase transformer positions within the property that are capable of providing electricity to different work areas and the house. It is located in the backyard and also has a mezzanine for storage. Possible to redesign as a base in barbecue or horse boxes.

Plant It has a 163 m² slaughterhouse that works full time and is authorized. It includes the corresponding authorization and permits for the slaughter of cattle and sheep, with a daily production, unique in the area and with growing orders. An interesting business opportunity in a growing market.
The building with corrals can be reached by a separate road and is located at a distance of approximately 0.6 km from the main house.
The available field staff, native to the area, possesses all the necessary skills and has the know-how of the livestock activity and the characteristics of the area.

Winches, rails in the whole circuit, additional 1 HP Split type emergency motor chamber. Slaughter capacity according to authorization. 10 cattle and 30 sheep per day. Capacity of maturation chambers. The qualification is a rural slaughterhouse. The animals are entered and slaughtered, veterinary inspection is carried out, sealed and the corresponding documentation is prepared according to current sanitary regulations and when the temperature drops to 10º in the airing chamber, the meat is removed by an authorized thermal truck. Inventory detail of the facilities and machinery Closes and opens the carcass to cut the animal into half carcasses. Scale included in the rail. High pressure water pump. 3HP. Knocking out box. Insensitizer for animal knocking out. Electric tenderizer. Main airing chamber with 3HP of circulating cold wind. Scale and CCTV Digital rail scale, CCTV with internal dome and external camera connected wirelessly to the main house.

Authorization granted by the Ministry of Agrarian Development, Province of Buenos Aires for cattle 10 and sheep 30 daily. It is the only establishment in the Patagones District that is authorized. There is no real project in the Patagones District to build another slaughterhouse/ slaughterhouse. If we talk about the potential of this plant, it is enormous because the Patagones District was traditionally of clandestine slaughter, which is changing and according to Law 11123 of meats, it does not allow butchers to slaughter clandestinely or in establishments that are not authorized and with veterinary inspection. As of 01/10/2021 the butchers and slaughterers of the area signed an agreement with the Ministry to start applying the regulation. Which marks an interesting future for the company.

Producers and Butchers of the District. Generally, the producers of the area (100% cattle) arrange with the butchers the purchase-sale of the animals at hook weight (this means the half carcass hanging from the rail) and send the live animals to the ranch prior to the issuance of a DTE (Electronic Transit Document) granted by SENASA and a transport guide granted by the Municipality's Marks and Signals in connection with the Ministry. This authorization also allows the slaughterhouse to buy animals directly from producers, slaughter and sell to butchers. Live animals coming from north of the zoo-phytosanitary barrier cannot enter. As well as bone-in cuts. In other words, the ranch is today the only establishment authorized to slaughter and process meat on the bone in the District. 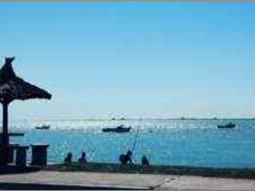 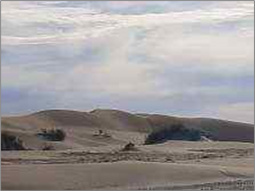 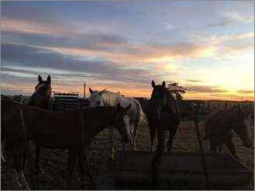 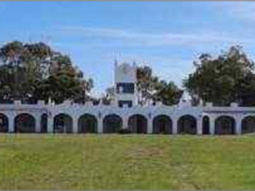 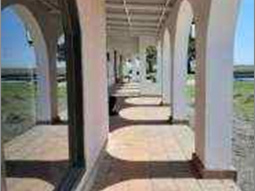 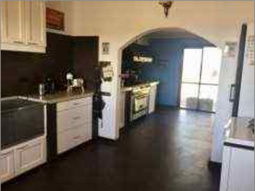 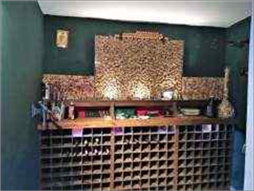 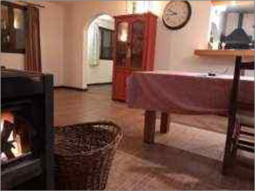 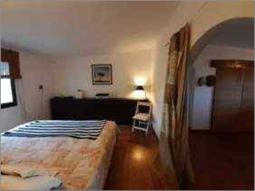 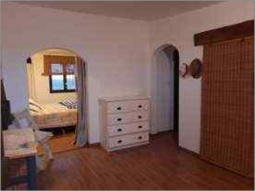 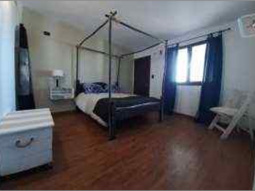 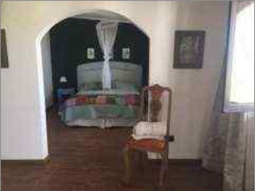 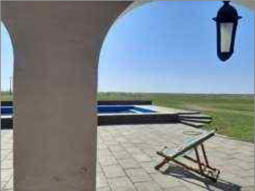 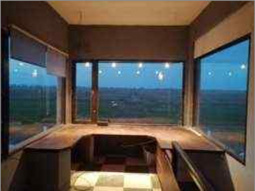 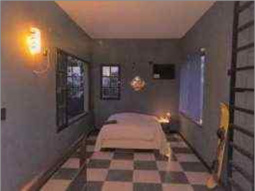 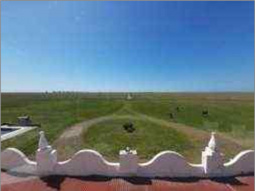